Over the last few days, I’ve been implementing some first-person spells in Arcana Manor, i.e. spells that look good from a first-person perspective, which is not really the format for which ArcaneFX is designed.  Gareth Fouche (a Garagegames community member and Torque designer) made a good spell-casting resource that uses projectiles to cast spells–an approach that resembles Oblivion (or Undying) instead of a third-person MMO.  Fouche’s approach is the one I want, but it will take some tweaking to get this going with ArcaneFX.

I also have been working through an excellent book by Anthony S. Ward called Game Character Development.  The book gives a very detailed overview of the processes involved in current-gen character development (i.e. Xbox 360 and PS3), which entails several more steps than the previous-gen workfolow.

In previous-gen character development, the game artist would use a modeling application like 3dsmax or Maya to build the character out of polygons, then UV map the character and texture it in Photoshop.

The main difference between the previous-gen and current-gen approach is the current-gen use of sculpting programs like Mudbox or Z-Brush to paint details onto a model which would have been too time-consuming and memory-intensive to be accomodated on previous-gen hardware.  The artist then converts these details into a normal map, which is an RGB image whose pixel colors indicate the directions in which the model’s normals should be transformed.  (Previous-gen character art tended to include bump maps, which were grayscale images that could indicate only elevation, rather than normal maps.  Current-gen development includes both bump maps and normal maps, as well as other shader-based modifiers such as parallax maps and ambient occlusion maps.)

All of which suggests one thing: I need to recruit a modeler so that I can focus on scripting and programing the game’s magic system rather than building its models.

Actually, it’s more a matter of emphasis.  It’s still good to work on 3d models (which could represent characters summoned by the player or custom aspects of the player, such as hands for first-person casting), but the production of art assets is so time-consuming that it would be best to recruit someone whose main talent and experience is in models.

That said, I’ve been working on an ogre tutorial in Ward’s book, and here are a few screenshots. 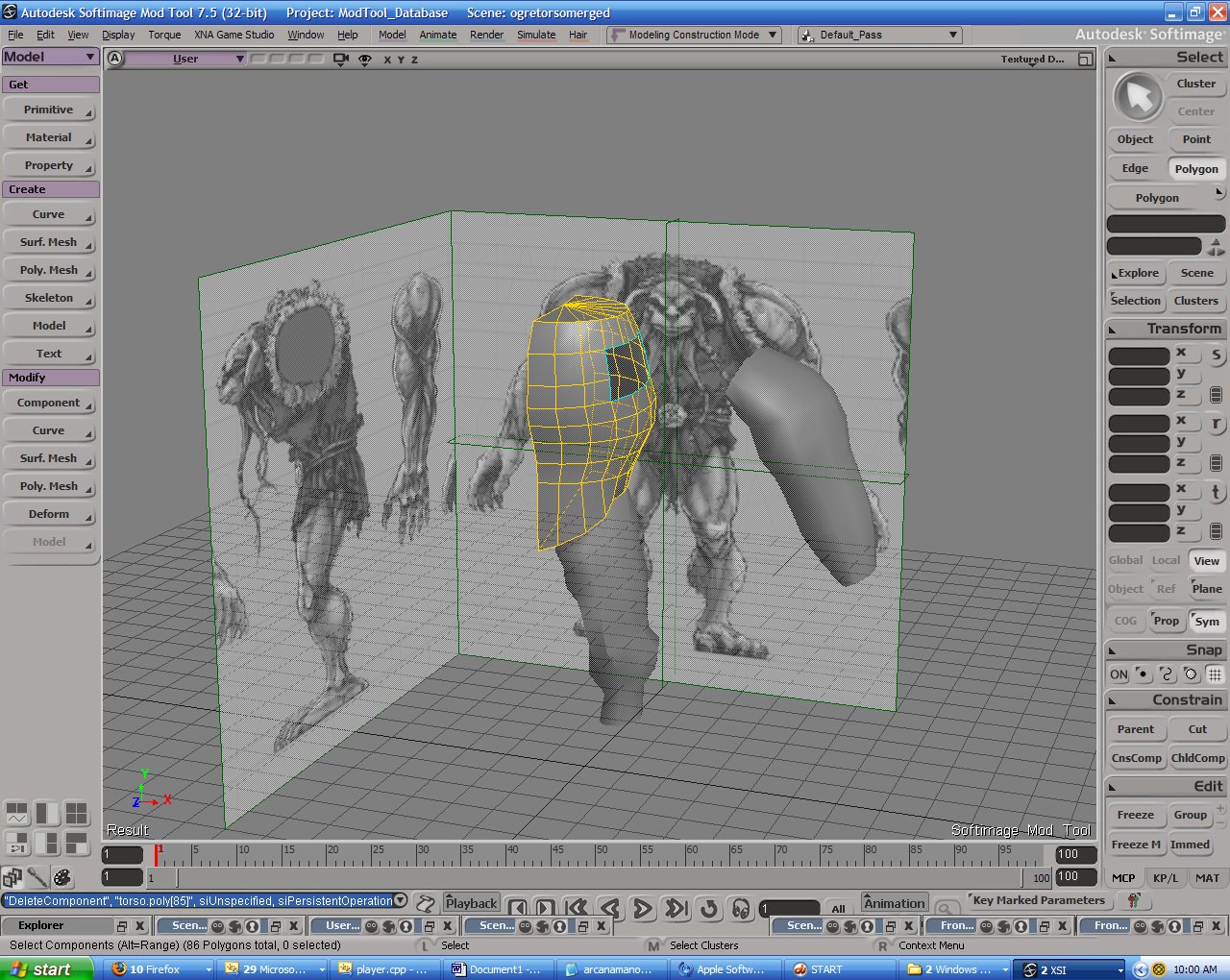 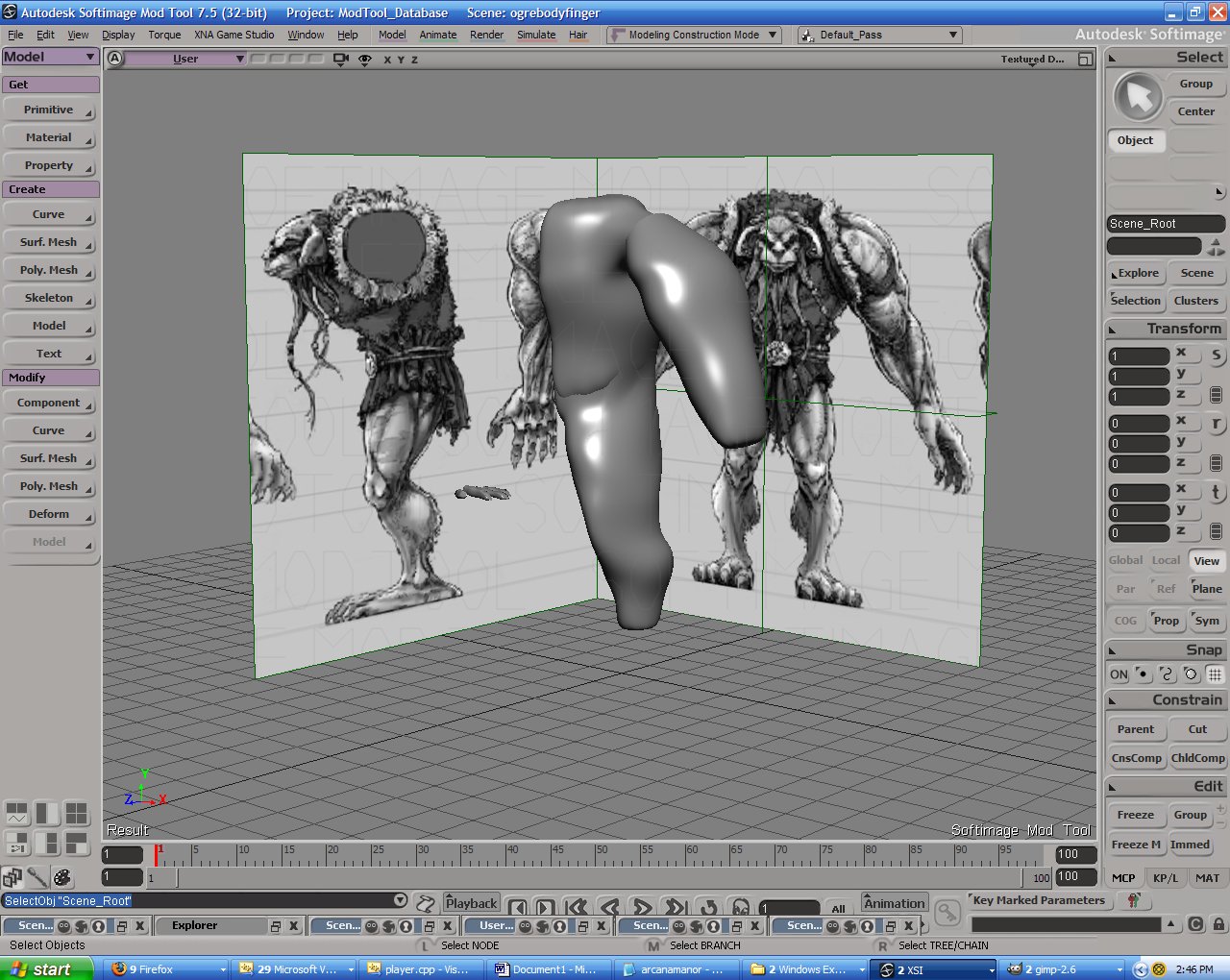 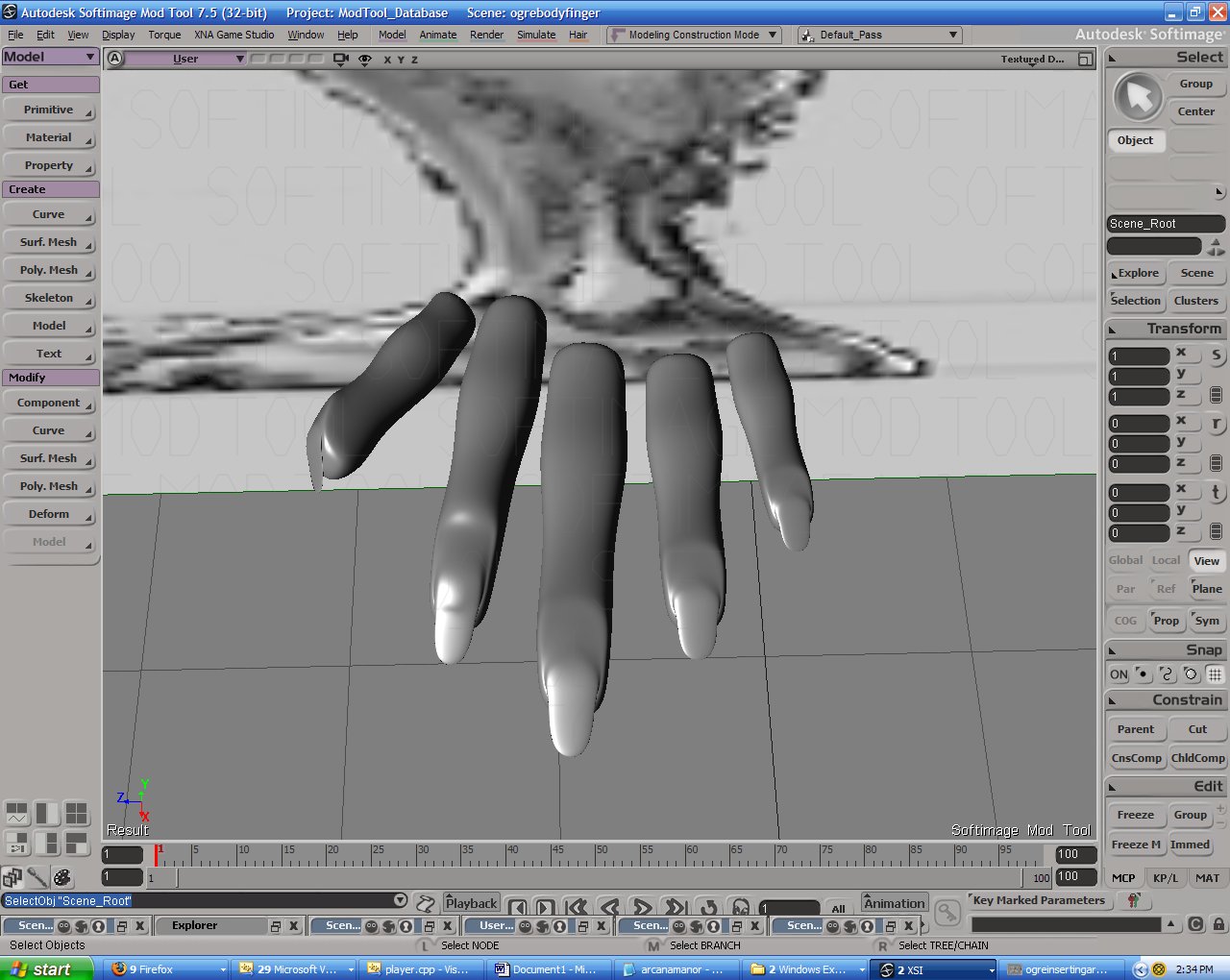