Welcome to the website for my forthcoming book Game Magic: A Game Designer’s Guide to Magic Systems and its accompanying software, The Arcana Ritual Toolset.

Here is the pre-order link on Amazon: http://www.tinyurl.com/gamemagic

The Arcana Ritual Toolset is an extensible, open-source editor for creating your own magic systems.  A team of Dakota State University students, including Greg Roling, Matt Isler, Ryan Johnson, Scott Jonker,  and Matt Nelles, is developing this game.   We like to think of the Toolset as the Minecraft of magic systems. 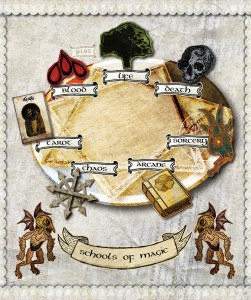 You can follow the development of the Toolset both on this blog and at this facebook page: https://www.facebook.com/arcanatoolset

The Arcana Toolset is the extension and spiritual successor of Arcana: A Ceremonial Magick Simulator.  The simulator was developed by a team of Dakota State University students including Landon Anker, Daryl Bunker, Pat Gilmore, Larry Tiang, and Travis Till. 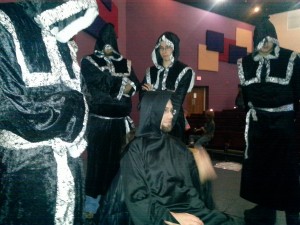 I am Dr. Jeff Howard: Ludomancer, Technomage, and Occult Game Designer.  Here is a link to my current CV, showing research, creative projects, teaching experience, and service.   I am Assistant Professor of Game Development and Design at Dakota State University, where I play a key role leading the narrative focus area in the Computer Game Design program.  I am the author of Game Magic: A Game Designer’s Guide to Constructing Magic Systems (forthcoming April 2014) and Quests: Design, Theory, and History in Games and Narratives (2008).  I have spoken at GDC Online on “Occult Game Design: An Initiation into Secrets and Mysteries” and the Singapore-M.I.T. Gambit Game Lab on “Magic Systems in Theory and Practice,” as well as participating in panels at George Mason University and the University of Connecticut.  I am also the program committee chair for the Workshop on Integrated Design in Games (IDIG), an annual conference that has hosted such eminent speakers as Ken Rolston, Richard Dansky, Matt Forbeck, and Chris Pruett.