I’ve heard that describing five minutes of gameplay can often help to crystallize the tone and core mechanic of the game.

The player character, Eliza, runs along a crenellated castle battlement and executes a succession of graceful jumps and flips across a massive chasm in the stone, where a glowing red skeleton (death from the tarot deck) blocks her way. She summons up five pentacles that hover around her as protection, then traces a flaming scarlet pentagram in the air with her sword to banish the skeleton, who recoils in pain and disappears. A door in the form of Death from the tarot deck looms up in front of her, but it is locked. She gazes up into the sky and sees the planet Saturn glowing darkly. Consulting her journal [actual player brings up architect’s notebook, which functions as journal and magic interface] and sees that Saturn corresponds to the Death card. Using these clues, she traces a glowing violet hexagram staring at the top point, which is attributed to Saturn. The door booms and creaks open in response to this spell, and ominous darkness looms inside the next room of the manor.

Here’s one shot of what the magic interface could potentially look like, or at least a version of the game’s title screen. 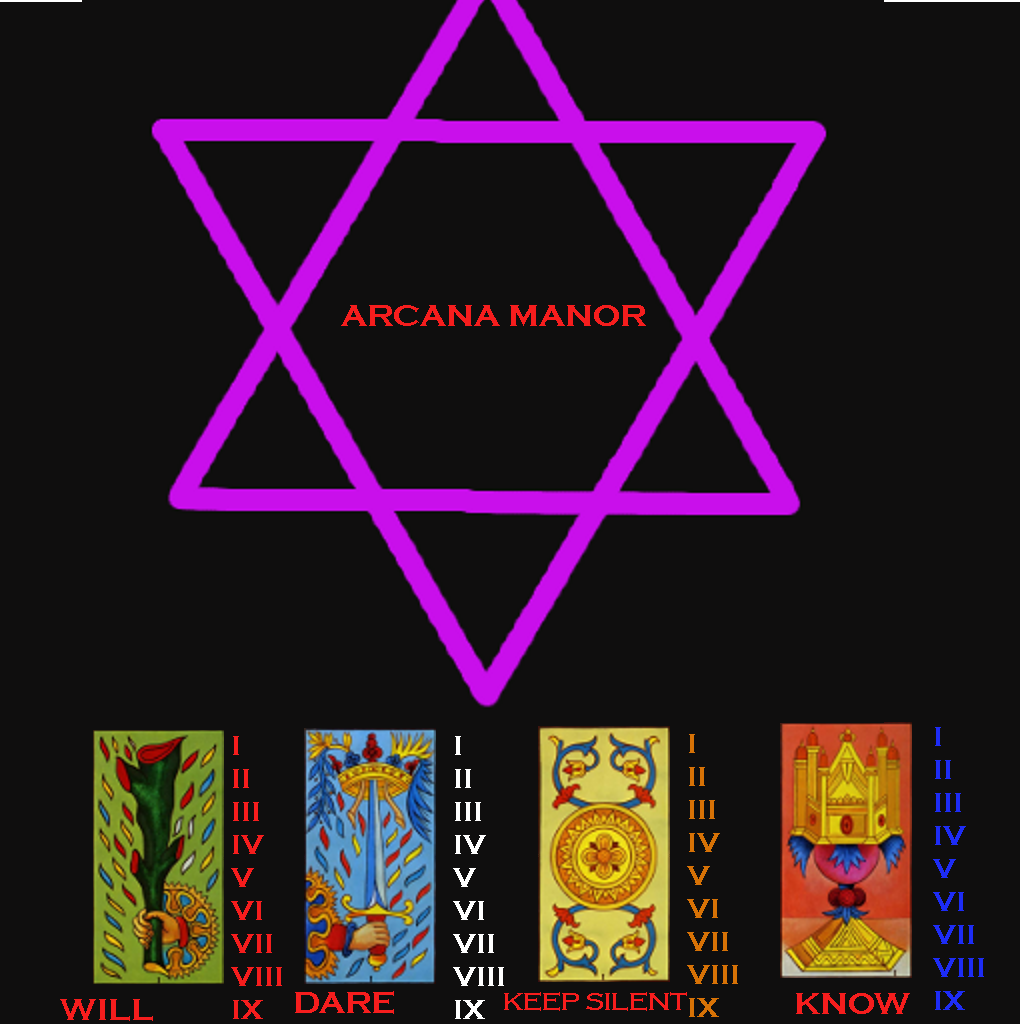 The manor is incomplete because the architect didn’t finish it, which means that there are some outside areas, such as these battlements and broken bridges, allowing for varied environments and more 3d platforming action.

Ron Smith asked an important question about the time period of the game, and I’m going to go with 19th century to hit the neo-Gothic explosion in the Romantic period, which works for a surreal occult mansion. This means that “surreal occult mansion” might be more important tonally than “funhouse,” but funhouse remains the model in terms of trap doors, secret passages, revolving hallways, and other disorienting architectural features. It’s just that there are no demonic clowns or cotton-candy. Though Ron had a good point that the architect must have been building the mansion for a very long time, which means that other earlier architectural styles, including ancient or far eastern, can be present in the earliest levels of the maze.

I’m also thinking about a player character, since as an action-adventure game the player won’t be customizing her own avatar but rather playing the role of a particular person. I guess I wasn’t entirely joking when I thought that the Joan of Arc modeling tutorial could almost provide a player model.

The architect’s sister, Eliza Knossos, a 19th-century student of neo-Gothic architecture who shared her brother’s passion for mysterious buildings but not his Faustian hubris. She wears a gray cloak with a hood, slim leather boots, and carries a satchel with surveyor’s equipment and blueprints, which will eventually hold her magical implements.

She is fiery and rebellious, has bright red hair, and is lithe, even acrobatic, in her movements. She has voyaged into the mountains to try to find and rescue her brother after receiving a strange package containing his architectural notebook full of mad sigils, wild blueprints, and with pages torn out. A bloodstained note included in the package, with the words “find me” has led her to believe that her brother is in grave danger.