Arcana has been a long and winding road.  It began as a project called Arcana Manor: an action-adventure game about a woman exploring a mansion in search of her lost brother.  I developed some early level designs and a prototype of the project in the Torque Game Engine Advanced over the years of 2008-2009.  Here is a wiki from this stage of development: http://arcanamanor.wikispaces.com/home

The game’s most interesting feature was its level design, which featured platforming through the paths of the kabbalistic tree of life.  Here are some videos of these very early builds.

During 2010-2011, the focus of Arcana Manor gradually shifted away from level design and toward its magic system.  Because the game was no longer focused on a vast mansion, I shortened the title from Arcana Manor (which had always been somewhat awkward to pronounce) to Arcana.  I prototyped an interface of this magic system in Flash, then incorporated this Flash-based interface into Unity.  Here is a video of the Flash-based interface https://www.youtube.com/watch?v=gubNgKr-sOo, as well as the integration of the 2d interface into Unity.   At this point, I was also experimenting with the Emotiv Epoc headset, a piece of hardware that reads brainwaves to control a computer interface. 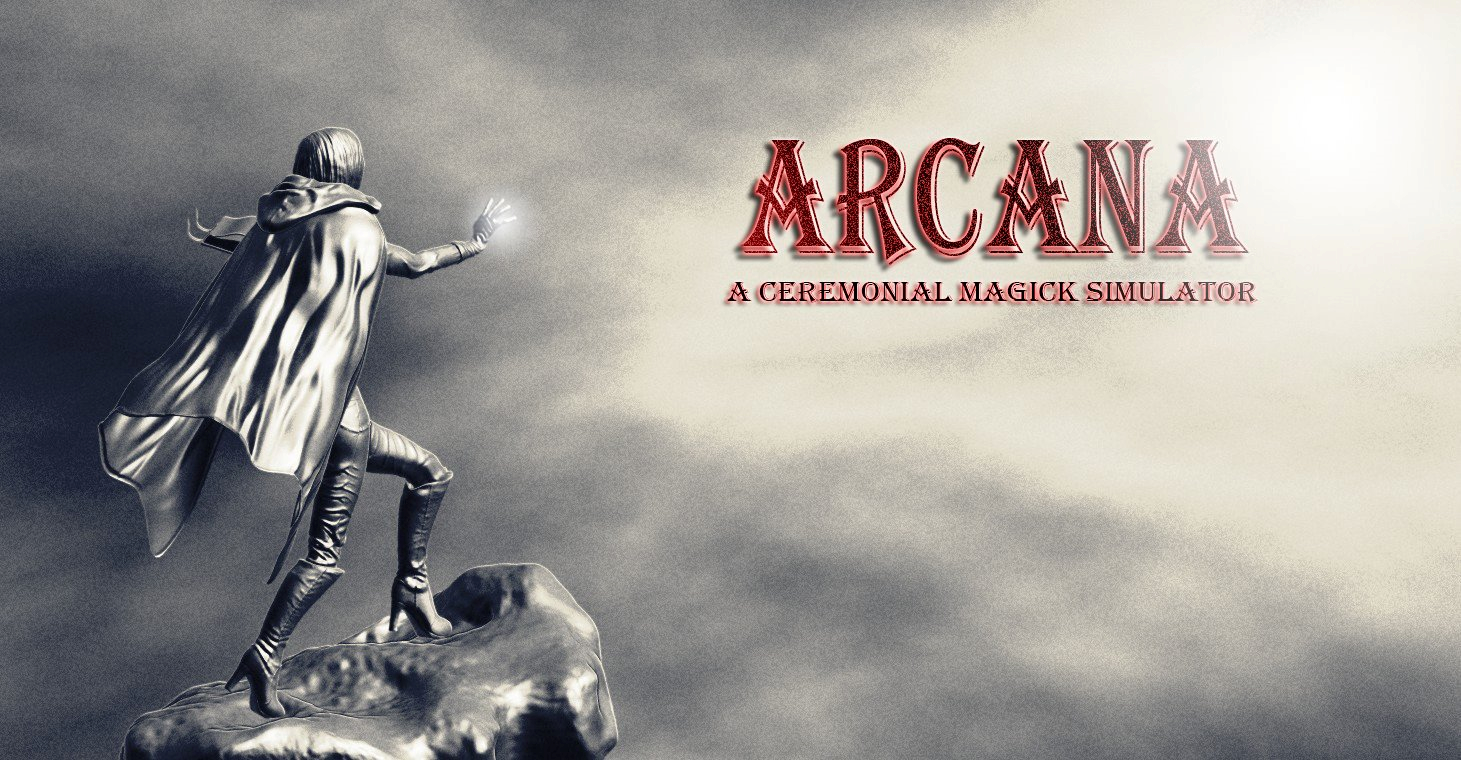 The project then morphed into Arcana: A Ceremonial Magick Simulator, which placed the focus of the game firmly on its magic system.  In the same way that a flight simulator seeks to provide the most detailed and realistic experience of flight, Arcana seeks to provide the most authentic and immersive experience of magic.  Instead of a large action-adventure game, this game takes place entirely in a single room, a magician’s temple where the protagonist uses ceremonial magic to summon demons, with whom she converses in order to discover the whereabouts of her lost brother.  A team of students helped develop a prototype of this game over the course of 2012-13.  Here is some gameplay video from Arcana: A Ceremonial Magick Simulator, as well as a journalistic feature on it.

In 2013-14, Arcana transformed once more into its current form: The Arcana Ritual Toolset.   While working on the Simulator aspect of Arcana (the virtual ritual space), it occurred to me that the best way to allow for an inexhaustible experience of magic is to rely on user-generated content, allowing users to create whatever kind of magic they would like.  I think of Arcana, ideally, as the Minecraft of Magic Systems.  Instead of making worlds out of cubes, users make rituals out of a card-based visual programming language, which they can then share with other users